Neuroimaging Workgroup will facilitate the creation of a large PTSD-focused neuroimaging data set to investigate genomic markers for association to cortical and subcortical volumes such as hippocampus, amygdala, and medial prefrontal cortex structures as well as regional cortical thickness changes that are associated with PTSD. Genomic markers found to predict imaging QTs may have a role in PTSD symptoms or diagnoses The PGC group members have a large number of participating groups with neuroimaging data. Within the PGC–PTSD there are over 5000 samples that will have both structural MRI and GWAS data available. Smaller data sets of DTI, resting-state fMRI, MEG, and other imaging modalities are also available. These data will allow the investigation of how genomic markers modulate neuroimaging quantitative traits (QTs) associated with PTSD. The uncertainty associated with psychiatric nosology makes reference to an intermediate biological variable attractive, as the heritability of intermediate phenotypes such as regional brain volumes is often 80% or higher.For further detail, please see the workgroup grant. 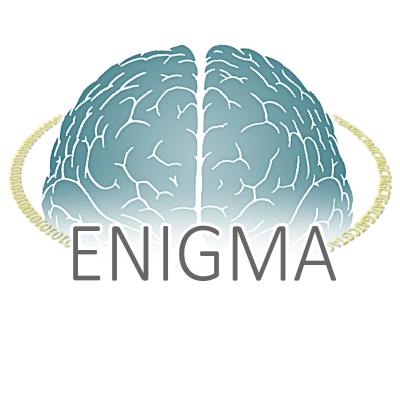 Dr. Morey is Associate Professor of Psychiatry at Duke University and Director of the Neuroimaging Core at the Durham VA Medical Center. He is a clinician-scientist motivated by a keen interest in understanding structural and functional brain changes associated with neuropsychiatric disorders, as well as their environmental and genetic modulators. In the area of PTSD, he uses functional MRI to elucidate how PTSD symptoms alter the balance of prefrontal-limbic signaling during tasks of executive function, emotion distraction, symptom provocation, and memory. He has conducted several methodological studies with MRI examining morphometry and volumetry in the medial temporal lobe and subcortical structures to help guide investigators in selecting brain segmentation strategies. His is focused on investigating promising genetic modulators of brain dysfunction in PTSD. He co- leads the PTSD Neuroimaging Working Group in the PGC and ENIGMA where he has formulated a blue print to identify replicable genetic associations and new insights into the biological underpinnings of PTSD at a scope that is unprecedented in the field of traumatic stress. These efforts have triggered a renewed impetus and a sharpened focus on investigating structural and functional brain differences, their genetic determinants, environmental modulators, and investigating the genetic vulnerability to the effects of trauma and the onset of PTSD. 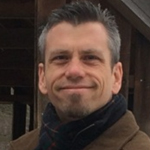 Dr. Logue is Assistant Professor of Biomedical Genetics at Boston University School of Medicine and an Investigator at the National Center for PTSD. Dr Logue’s research involves the using computational tools and sound statistical principals to investigate disease risk. Most often this has been related to the study of how genes influence risk of psychiatric and neurological disorders including panic disorder, post-traumatic stress disorder, and Alzheimer’s disease. To unravel this complexity, information must be integrated from a variety of sources, including families with a multiple affected individuals, large case-control study samples, and samples from different ancestral populations. The type of genetic data that can be examined is similarly diverse and includes microsatellite markers, single nucleotide polymorphisms, and base-pair level sequence data. The net effect of these genetic changes can be examined using high- throughput methods to measure gene expression and genetic methylation patterns. Dr. Logue the PI of a career-development award (K-01) from NIMH and co-leads the PTSD Neuroimaging Working Group in the PGC and ENIGMA. 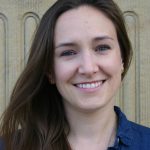 Dr. Dennis is a post-doctoral scholar at the University of Southern California with Paul Thompson. Her research focuses on the effects of trauma on the brain, both physical and emotional. Traumatic brain injury (TBI) and PTSD are often co-morbid, especially in military populations, underscoring the need for studies examining these together. Dr. Dennis primarily focuses on brain structure and connectivity, examining how these measures are associated with PTSD and TBI, and whether this give us insight into disease mechanisms or suggest new areas for intervention. Dr. Dennis is the recipient of an NINDS K99/R00 award and co-leads the PGC-ENIGMA-PTSD working group, as well at the ENIGMA-TBI working group.